Jason Miles The Journey of Making The Grammy Winning Album “A Love Affair: The Music of Ivan Lins” 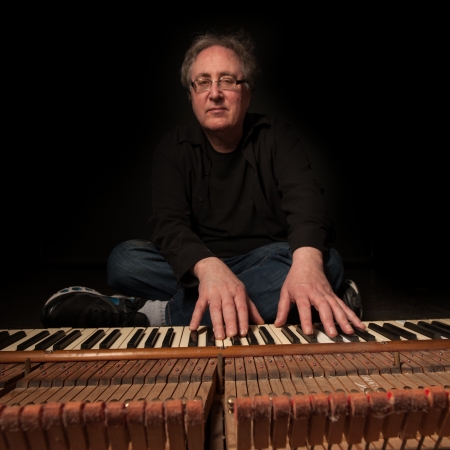 It took many years to really come to this conclusion but Fate and Luck are a part of life that can bring us so many things that have all kinds of effects and ramifications on us and sometimes it doesn’t reveal itself for years. Take one night in late June of 1991; I was working at the famed Power Station Studios in NYC with producer Marcus Miller and the Legendary Chaka Khan. We were working on a new album for her and we were recording a very cool song called “I Want”. All of a sudden the phone in the studio rings and the assistant engineer picks it up. He has a blank stare on his face and says, “Wow…Miles Davis is on the phone.” Marcus goes “Cool I’ll take that,” he then says “he’s asking to talk to Jason!!” Everybody starts to laugh and Marcus says “Do you believe this? I introduce Miles to Jason and now they’re like good friends.” What a world! I get on the phone and Miles asks what’s up. He wants me to come over to his new apartment on Central Park West to listen to some new music with him. I told him I’d be done at 11 PM and then I’d come over.

The session is over and I say goodbye to everybody and thank Chaka for having me on her wonderful new album. As I’m walking over to his apartment I think to myself, ‘How deep is this? I’m in the studio with Marcus and Chaka and now going to hang with Miles. Life is sure strange and here I am this Jewish guy from Brooklyn right in the middle of it all.’ I get to Miles place and man he’s got a slamming new apartment, a duplex! I see his lady friend Jo there and we all chat for a few and we go into his music room where he puts on a cassette and I hear this wonderful song sung in Portuguese and immediately say, “I know who that is Miles…It’s Ivan Lins…I love Ivan’s music and he’s a great cat as well.” Miles tells me he wants to do a whole album of Ivan’s songs and Quincy Jones would produce it. He would love to get me involved. Freakin’ amazing! He’s going to Europe to perform at Festivals, including a big deal at the Montreux Jazz Festival where he will be revisiting “Sketches of Spain”. Wow…that’s deep. He said when he gets back we’d get together.

For the next few weeks, I was recording with Marcus and Chaka and also doing work on Marcus’s solo album, which would be called “The Sun Don’t Lie”. I was also working with a synthesizer company named Ensoniq on making a custom series of sounds for their EPS sampler called “Signature Series”. Why I mention this is because Miles was going to let me use one of his paintings for the cover of the package…very cool.

So, I get a phone call from Miles when he got back from Europe. He sounded tired, but we had a good talk and I would see him soon.

It’s now September and I am at Marcus’s home studio because Chaka was really happy how the songs we were working on were coming out and gave Marcus another song written by Brenda Russell to work on called “The Woman I Am”. The phone rings and it’s Vince Wilburn, Miles’s Nephew. Really bad news, Miles had a serious stroke and is in the hospital in LA. We are in a state of shock, Miles had gone to the hospital before for various ailments (mostly his hip) but this was really serious.

It was September 27 when I got a call from Gordon Meltzer Miles’s right-hand man telling me that Miles is fighting hard and that they still want to get me the painting for the Signature Series. I was flattered with all that was going on that Gordon called me to update us. He knew how Kathy and I felt about Miles. It was 24 hours later that I got a call from a friend saying they just heard on CNN that Miles died. Shock sadness and every other emotion took over, it was a seismic event. The service was at St Peter’s with so many major musicians present. I was sitting next to Stanley Clark and Wayne Shorter, a sad Day.

I started to wonder what happened to that tape of Ivan Lins songs. I called up my friend west coast producer/keyboardist Larry Williams to get Ivan’s info because I wanted to tell Ivan how much Miles loved his music. Ivan called me and was so appreciative of me telling him that. I said I’d love a copy of that tape one day, and said he would get me a copy.

We now bounce ahead a year and we are in a new house (Thank You Luther Vandross and the stock market !). Miles is still on our mind every day. I was getting ready to do a new Luther Vandross album and was now in LA for 10 weeks. Ivan was now living in LA. He thought there would be some great opportunity there for him, but like many others, nothing happened. I saw him there and we reconnected. At the end of the album, I got really sick and had to come back to NY and get hospitalized. Ivan had heard about it and called me to tell me he was going back to Brazil because LA was not the place for him. He said watch your mail, I have a surprise for you and a get well gift. I said we will stay in touch. About a week later an envelope shows up for me at the Post Office. It is the tape of songs that he had given to Miles Davis. I was in tears and got very emotional that he would send this to me. I immediately put it on and was totally blown away by the songs. Every one of them so beautiful. I said to myself somehow some way this album needs to be made. I spoke with Ivan and told him I want to make an album of these songs. How it would get done I would have no idea yet, but I was adamant this would be an amazing album. Ivan said, “Let’s Go!”

This would be the start of a journey that would take years to complete and in the next column, I will get into what it took to make this happen.