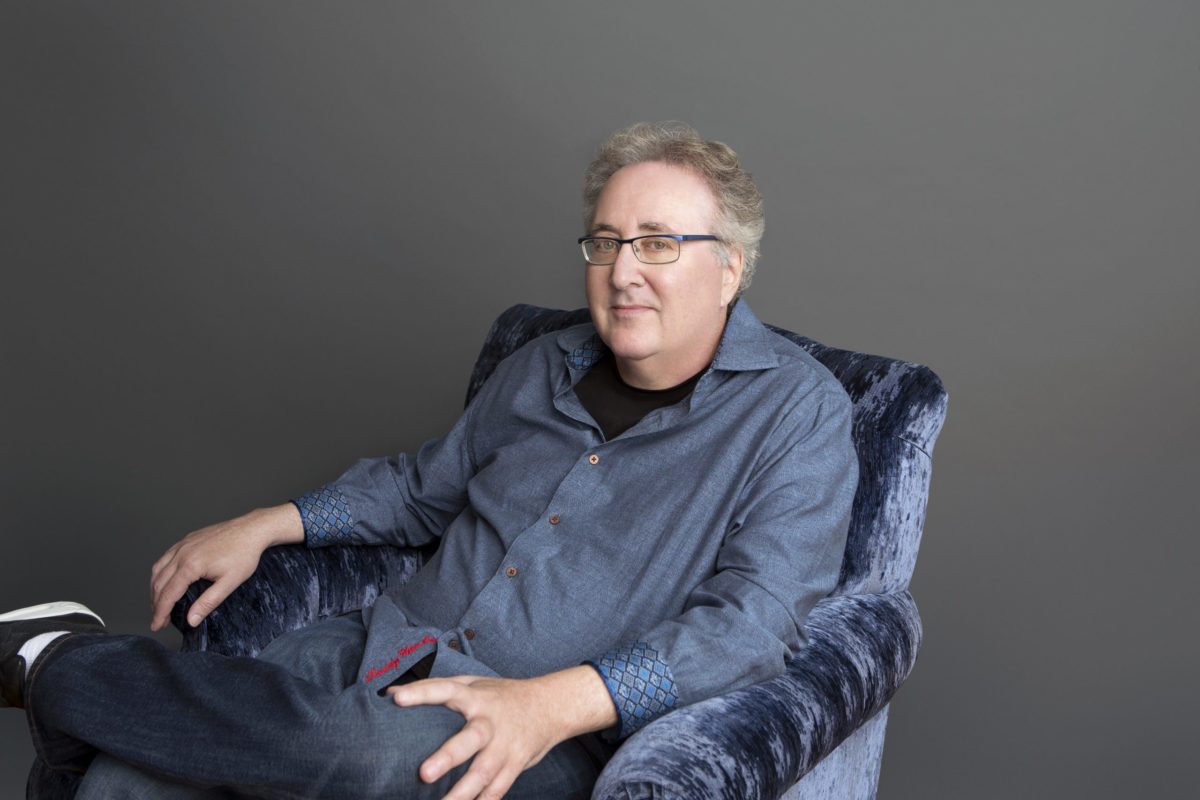 This was truly an epic musical adventure and more! In 1991 there was definitely an oncoming paradigm shift in my career. Nothing goes on forever and right around this time there were definitely changes coming in how artists, producers, were going to be making albums in the future. Since 1979 I was basically doing studio work as a Synth Programmer/Keyboardist. Things were changing with many of the people that I worked with and I was also looking to the future trying to see if my next move was possible and that was to move into being a full-time producer. I had been working with a number of very top producers over the years and I learned a lot about how to make albums and take care of a whole production from top to bottom. The Reality was I knew I could do it but others only saw me as what I formally was in the studio. I was at the unenviable position of having to really start from scratch no matter how many great album credits I had.

Throughout all of those years, I of course met a lot of people in the business, and my lawyer at the time was a great guy named Mark Sendroff. He was much more tied into the Broadway scene than he was into the record business, but he really was a great lawyer so we hung with him. One day, he wanted me to meet the executive at RCA named Arnie Holland. We met and it was cool. Arnie had moved from LA to NY. He was a nice cat and we started hanging a little bit. As time went on we got to be a bit closer, went out a few times, and he was digging where things were going with me in my career.

One day, Arnie called me and told me that he was breaking off a new division of RCA. It would be called Lightyear Entertainment and I would be involved with a lot of video and the various work that he’d been doing with the Elvis Presley estate and Jane Fonda workouts. He also had a fellow with him named Joshua Green who was really into children’s programming.

Arnie was ready to give me a little shot and I started by doing an album of nursery rhymes with Phlycia Rashaad called “Rhymin’ Time!”. It did really well and got really great reviews because I made it very contemporary and modern and Phlycia was a real sweetheart to work with.

They then gave me another project to score an animated movie by Russian animators called the “Snow Queen”. It was going to be an album and a video and it was going to be narrated by Sigourney Weaver. I put a lot of effort into it to make it very special and ended up winning an award called The Cine Golden Eagle. It dealt with movies that were not released in the theater and we were getting raves.

Next up was an incredibly fun project as I did the music for a Jane Fonda workout called “Lean Routine”. I spoke with Jane and her partner Julie and got the lowdown of what they were looking for. Something modern and vibey. They gave me a very decent budget then left me on my own and it was so much fun because I got to call up all my friends and ask them to come over to my studio, saying I’ll pay them really well and they can do a solo on a Jane Fonda workout. I got Lenny White, Bob Berg, Gerry Niewood, and other greats. I also got the slammin’ New York background singers on it as well to really pump up the vibe. I had a lot of fun with everybody making this project. It came out really well and they were so happy they gave me a little bonus…

So, one day Arnie calls me up and wants me to come in and have a meeting with him and Joshua. I get there and they start talking about this project called “People”. It was a very famous book by this author Peter Spier. It had a very global appeal and they were getting into a deal with Disney so they could go and turn it into an animated movie and soundtrack. It was going to be in coordination with the 50th anniversary of the UN. We were going to need songs for an album and also a score. I thought it had the possibility of being an amazing project and Joshua was telling me he was going to be going back to Moscow to work with the Russians on the animation. It really was one of the first US / Russia collaborations in 1992 and we basically had three years to make the project. I was very excited about this and told him I definitely wanted to produce this project. This could be a really great break for me because I was going to work with top artists and musicians and many of them knew me already, and I was going to help procure the artists as well.

But First… this was going to be a high-end project and the label was looking for funding for the album. There were, at the time, a lot of record companies out there. The first thing we had to do was come up with some original songs and then demo them so we could have some music to play in our quest to look for a label. I called some great songwriters and told them the story. Brenda Russell, Nona Hendryx, Ivan Lins, and my wife Kathy who is a superb lyricist. They all loved the idea and wanted to write a song.

Every song was a different subject. We had to have a main theme, then a song about food, parties, religion, a lullaby… One thing I felt good about, that I definitely knew what I was doing, and the process that I had to do to make this work. I started getting songs and demoing them.

Lightyear was very supportive of what I was doing with the music, we had 4 demos and it was time to shop it around. I don’t know what you know about shopping music for a record company but it is definitely not a fun experience. Criticisms, opinions, and general bullshit is what you get back from these labels. You are going to get rejected by 95% of the companies.
Most of the A&R (Artist and repertoire ) guys have their own agenda.

Then you start to get feedback. Almost every one of the labels wanted to know if they could use their own producer. All the work I put into this didn’t matter. These guys have ice water in their veins and your feelings and work mean nothing to them. But Lightyear stood up and told the interested parties I was the Producer. It really opened my eyes when a friend whom I trusted called Lightyear and said he would sign the project if he got to produce it. That really blew me away and opened my eyes… Friends? Allies? Not here that’s for sure… every stop led to someone who wanted to ace me out of the project. This is not exactly a warm and fuzzy business.

After a couple of months of this fruitless waste of time, the label decided to put the album out on their own label and fund it. They so believed in the project. With Warner distribution, it would be covered out there.

It’s now late April 1992. Marcus Miller had moved to LA, so our run of working on his projects was coming to an end. A good run for years for sure, but uncertainty for yours truly. I however got a call from him wanting to know about me coming to LA and working on the new Eddie Murphy movie directed by Reggie Hudlin. I was surprised to get the call, but I packed up all my gear and shipped it to LA… 17 Orange Road cases filled with Synthesizers and other peripherals… the job was supposed to be for 2 weeks, but it turned into 6 weeks! The making of this project is another story. I get out to LA on May 3. On May 4th we are in the studio when people started to make a commotion outside the room. The Police officers on the infamous Rodney King police brutality case were just acquitted and full-scale riots were breaking out in LA. It was scary as hell and for 5 days I was holed up in my hotel room… so many stories to tell, but that will be for a later article. Marcus split town with his family and I was on my own. It was like a war zone in West Hollywood and one night at 2 am with the streets empty I saw a tractor-trailer truck pull up to the exotic car place on Sunset and start taking the Ferrari’s out of the showroom. I couldn’t believe I was in the middle of all of this.

A few weeks later while we are still working on “Boomerang”, Joshua Greene came out to LA for some meetings about the actual animated film “People”. The Disney channel was funding the film so that was cool! I met some directors that Joshua introduced me to… of course their agendas was to get rid of me and get their own guy to work on the music. It was very depressing. One meeting was so bad that afterwards I called Arnie in NY to tell him that I was thinking about not doing the project because the people I was meeting were horrible. A couple of hours later I got a call from Arnie saying that he just laid down the law with Joshua and told him that I was the producer of the music and that was that. I felt really good after that call because I truly had someone in my corner. I was ready to stand up for myself and keep my vision of the music moving forward.

Next Time… we now have to get 12 top artists and continue moving forward… more adventures.